The Histories and Politics of Identity Governance in Eurasia 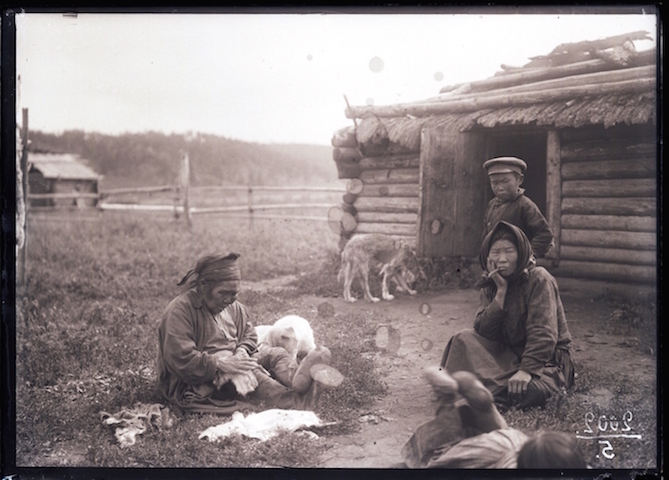 The history of Anthropology, as a rule, tends to be thought of as being divided into “traditions” or “schools”. However, the biographies of anthropologists are presented as lines within a web of academic genealogies, and are primarily based on the history of ideas. For us, the history of anthropology is a type of dialogue between the anthropologist and the ecology of her/his thoughts and concepts; these are equally a product of the anthropologist’s education, the academic and political environments in which he/she works, along with many other details. We turn to the heritage of the Russian and Chinese ethnographer Sergei Mikhailovich Shirokogoroff (史 祿 國 / Shi Luguo, 1887-1939) for two reasons. Firstly, Shirokogoroff occupies a very special place in the history of Soviet / Russian and Chinese anthropology, as he was one of the founders of the theory of ethnicity and the “psychomental complex.” These ideas have now occupied a special place in the theoretical and political debates of Russian anthropologists for over fifty years.

On the other hand, his concepts were born during his field research among different groups of Evenki. He, like many of his colleagues—especially Prince Peter Kropotkin and Cambridge anthropologist Ethel John Lindgren—created concepts of egalitarianism, largely borrowing these ideas “from the field”, or in other words, from their fieldwork co-operators. Such a "theory of the field" brought indigenous ontologies and epistemologies into the general arena of theoretical discussions, but eventually turned from non-standard interpretations of social life into a cliché in the hierarchical model of Soviet ethnography (here, we are referring to how the concept of ethnicity and the analysis of egalitarian communities was used to support the idea that these groups possessed a "primitive / primordial communism"). It is noteworthy that geographically, each of these ethnographers were working with southern Tungus groups. In this context,  the "mutual aid" of Kropotkin,  the "Tungus hypothesis" of Shirokogoroff and the "Tungus character" of Lindgren does not appear to be simply a historiographical tradition, but as a continuous "listening" to the field to search for meaning in the actions and words of the Evenki and Oroqen people. Unfortunately, most of Shirokogoroff’s field data was lost. During this project, we searched through 20 archives in 10 countries around the world in order to compile what is left of the scientific and epistolary heritage of this researcher: several field diaries, several manuscripts, more than 150 letters and several collections of field photos. We must note that Shirokogoroff was not a professional photographer, and most of his shots appear quite amateurish; however, some sets of his photographs are of great research interest.

This web site contains a collection of Shirokogoroff’s photographs, which provide a visual history of his ideas and his search for a language and style in anthropology. In these yellowed photographs and miraculously-surviving glass negatives, we can view the intelligent search of an anthropologist, in which his French education, his conversations with colleagues, and academic debates are all visible. Perhaps most importantly, we can see his Tungus world, and his way of theorizing the everyday practices among the Oroqen people of Manchuria.